Kenisse is a state in the North-Eastern part of Caprala. It borders Moun and Erd in the West. It also borders the Aenarn and Alaema Oceans in the East and North respectively. Kenisse is stretched across four climate zones which range from subarctic to arid. The state of Kenisse has been in a Commonwealth with Moun since 1698 and is governed together with Moun by one popularly elected monarch. It is also self-governed under a parliamentary system.

Map of Major Cities in Kenisse 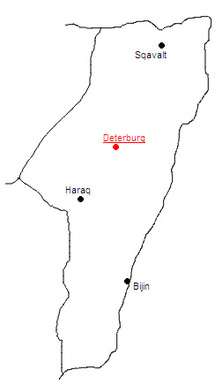